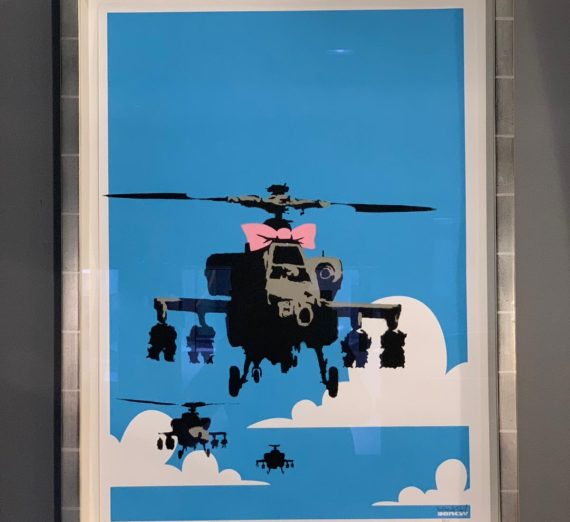 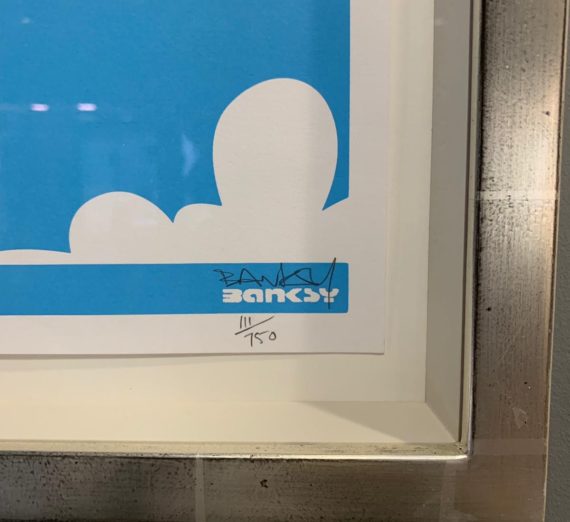 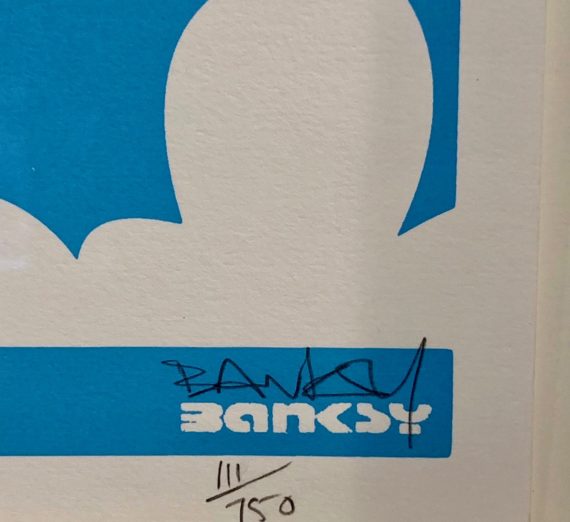 Banksy’s Happy Choppers screen print was released in 2003 as an edition of 750 pieces, just 150 signed prints 33 of which are artist’s proofs, and 600 unsigned.

Happy Choppers was created for the occasion of a Christmastime art exhibition Santa’s Ghetto, launched by Banksy with the intention of drawing attention to the Israel-Palestinian conflict and the poverty of the West Bank. Before being released as a screen print, Happy Choppers first appeared in 2002 as a sprayed mural in Central London at the Whitecross Street Market, as well as using the image on canvas.

Executed in Banksy’s recognisable stencil style, Happy Choppers depicts a squadron of armed military helicopters against a bright blue sky. With simple white clouds, the sky is stylised and flat. In stark contrast, the incoming “choppers” are rendered in much greater detail, in dark colours and with graphic emphasis on their heavy, threatening weaponry, evoking a sense of imminent danger.  “Chopper” is the American slang for “helicopter”, a term that was popularised during the Korean War.

The composition showcases an association of typically contradictory elements. The lead “chopper” flaunts a jarring, pink bow, juxtaposing the violence of warfare with the innocence of childhood. The bow adorning the otherwise accurate representation of the fighter helicopter mocks ideas of masculinity and militarism, whilst reinforcing their inherent menace.