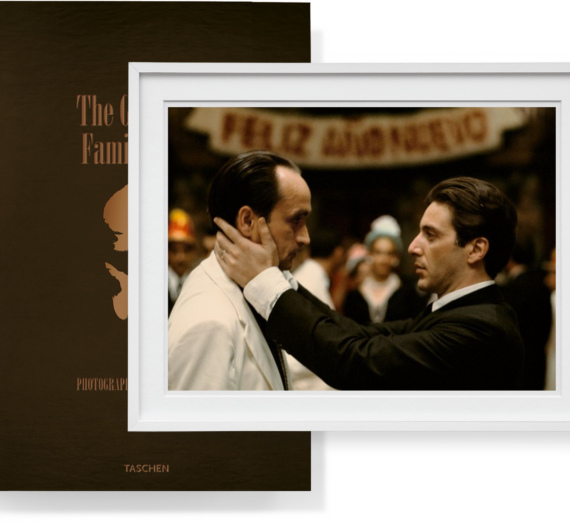 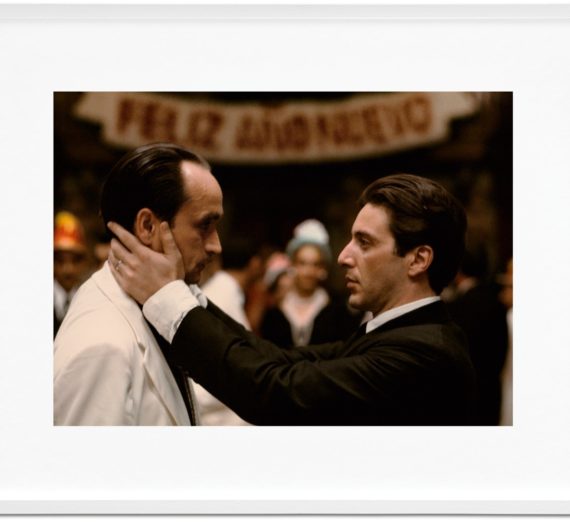 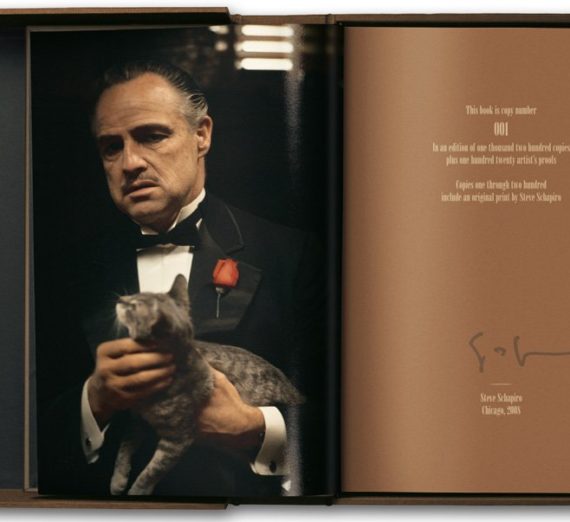 Selections from Steve Schapiro’s photographs provide an insider’s view of the making of the legendary trilogy. With a full leather cover in a clamshell box, this Art Edition is limited to 100 numbered copies, each signed by Steve Schapiro and accompanied by a pigment print on Museo Portfolio Rag paper.

Imagine the experience of witnessing renowned actors as they made their most memorable performances. Steve Schapiro has had such a privilege as special photographer on some of American cinema’s most beloved movies. For Francis Ford Coppola’s Godfather trilogy, Schapiro immortalized actors such as Marlon Brando, Al Pacino, Robert De Niro, James Caan, Robert Duvall, and Diane Keaton. His photographs of the Godfather holding the cat and the whisper in the Godfather’s ear have become iconic images known throughout the world. Brought together in a book for the first time is a vast selection of images from all three Godfather films, reproduced from Schapiro’s original negatives.

This lavish limited-edition book, which also includes background articles and interviews about the films, contains over 400 color and black-and-white images, most of which have never been published before. It allows fans a privileged peek behind the scenes at the making of film history, and it truly is a once-in-a-lifetime offer you can’t refuse.

American photojournalist Steve Schapiro has documented six decades of American culture, from the assassination of Martin Luther King Jr. and the presidential campaign of Robert F. Kennedy to Andy Warhol’s Factory and the filming of The Godfather trilogy. He has published a dozen books of his photographs, has exhibited his work in shows from Los Angeles to Moscow, and is represented in the permanent collections of the Smithsonian Institution, the Metropolitan Museum of Art, and the J. Paul Getty Museum, among others.

Edition of 100 – This book is sold out Worldwide in stores.